Man of the Trees

From our hearts, with our hands, for the Earth, all the world together. 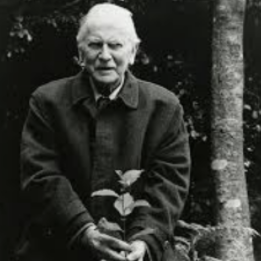 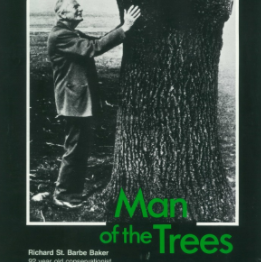 Man of the Trees A presentation by Biographer Paul Hanley 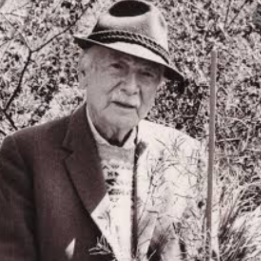 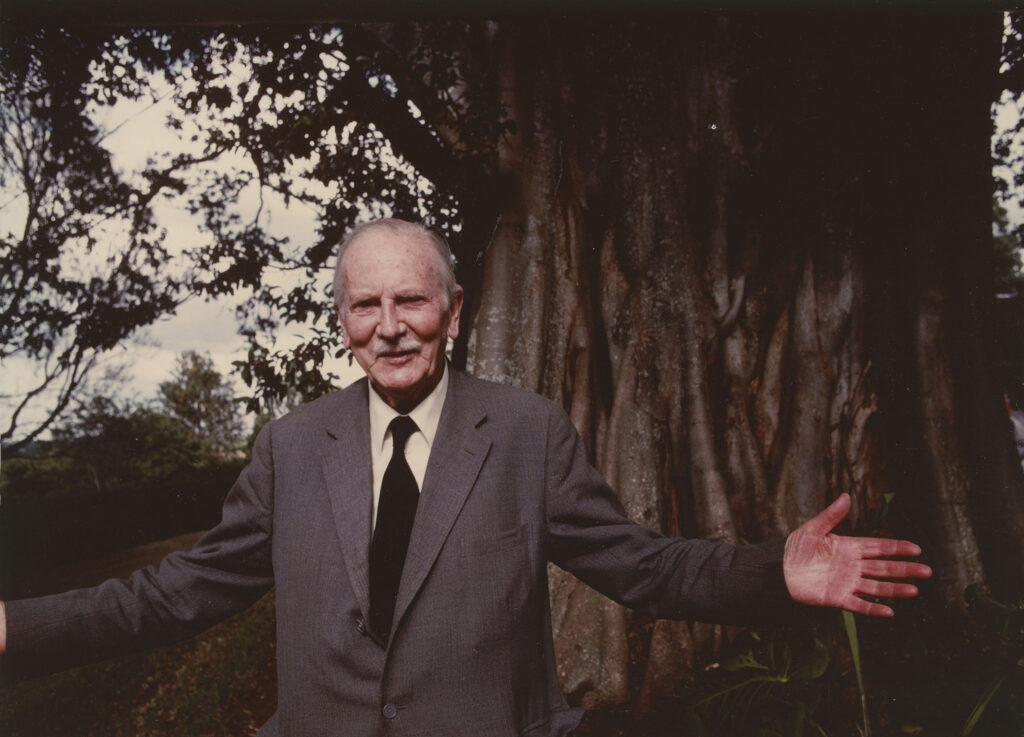 Richard St Barbe Baker contributed more to the reforestation of the planet than anyone in the history of the world, by starting tree planting projects and inspiring generations of people to dedicate their lives to greening the planet. Projects inspired by his work have planted an estimated 26 billion trees globally in the last 100 years. 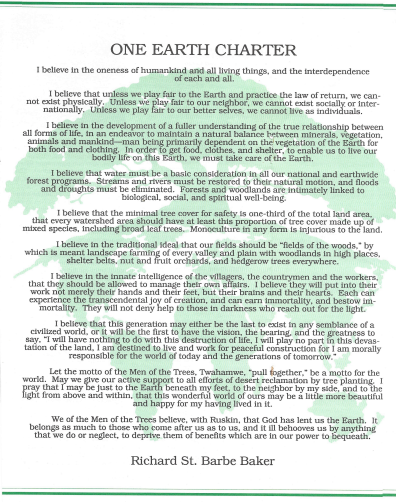 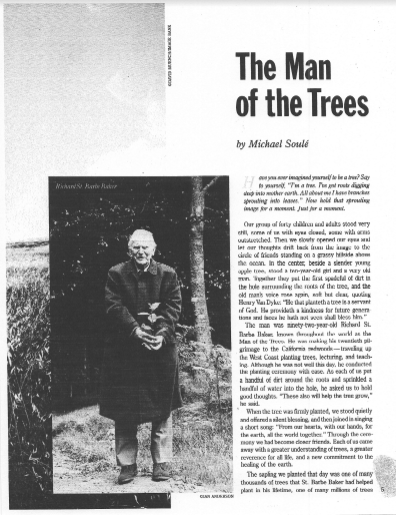 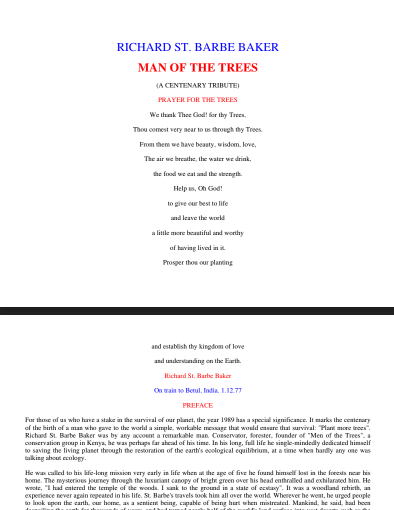 Perhaps the most visionary of the early environmentalists, Richard St Barbe Baker travelled the globe from the late 1920s to the early 1980s, warning of the dangers of rainforest destruction, forest clear-cutting, and the greedy consumption of natural resources. A widely respected forester, conservationist and author, his vision of the planet as a living organism anticipated the present-day Gaia theory, and his practice of involving people at the grassroots in protecting the environment foreshadowed current thinking in sustainable development. In Kenya during the early 1920s, for example, Dr. Baker inspired thousands of Kikuyu tribesmen to help protect the local environment by planting trees. Their organization became known as the “Men of the Trees.” His success was based, in part, on his understanding of how their own traditions and beliefs supported such a cause. Among his legacies is the establishment of the World Forestry Charter Gathering, which was among the first international meetings to take a global view of the earth’s ecosystem. The first Gathering was held in 1945, and the meetings continued regularly through the 1950s and 1960s. As they grew in prestige and renown, the Gatherings stimulated several early instances of global cooperation, including an international proclamation of a Green Front Against the Deserts and support for the First Sahara University Expedition. As environmentalists ponder how best to motivate the changes in attitudes and activities that will be necessary to create a sustainable human civilization, the work of Richard St.Barbe Baker — and especially his understanding of how religious belief can provide a vital motivation for environmental conservation — is certain to be increasingly recognized.

Copyright © 2021 | Designed with Love by iCreativeSOL